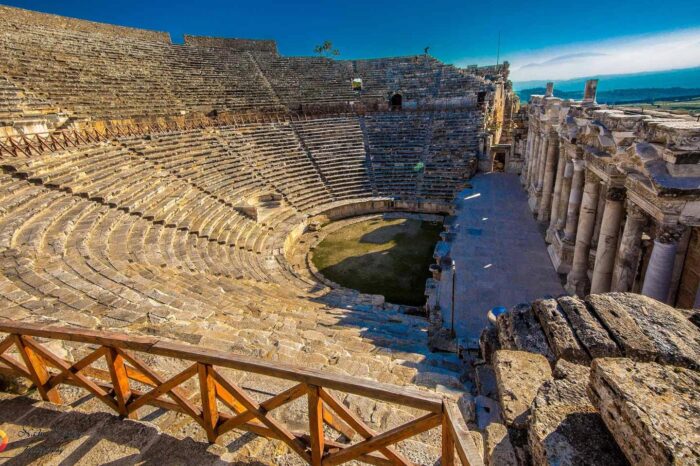 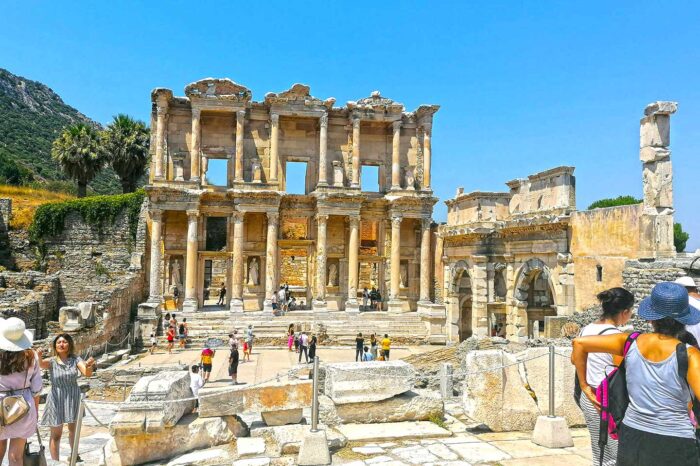 Pamukkale is a traveller’s delight and a geological phenomenon. It is a town in western Turkey best known for its mineral-rich thermal waters that flow down the bright white terraces of a steep valley side. Next to this is Hierapolis, an ancient Roman spa city founded around 190B.

Pamukkale, meaning “cotton castle” in Turkish, is a natural site in Denizli Province in southwestern Turkey. The area is famous for a carbonate mineral left by the flowing of thermal spring water. It is located in Turkey’s Inner Aegean region, in the River Menderes valley, which has a temperate climate for most of the year.

The ancient Greek city of Hierapolis was built on top of the travertine formation which is in total about 2,700 meters (8,860 ft) long, 600 m (1,970 ft) wide and 160 m (525 ft) high. It can be seen from the hills on the opposite side of the valley in the town of Denizli, 20 km away. Known as Pamukkale (Cotton Castle) or ancient Hierapolis (Holy City), this area has been drawing visitors to its thermal springs since the time of Classical antiquity. The Turkish name refers to the surface of the shimmering, snow-white limestone, shaped over millennia by calcite-rich springs. Dripping slowly down the mountainside, mineral-rich waters collect in and cascade down the mineral terraces, into pools below. Legend has it that the formations are solidified cotton (the area’s principal crop) that giants left out to dry.

People have visited the area for thousands of years, due to the attraction of the thermal pools. As recently as the mid-20th century, hotels were built over the ruins of Hierapolis, causing considerable damage.[citation needed] An approach road was built from the valley over the terraces, and motorbikes were allowed to go up and down the slopes. When the area was declared a UNESCO World Heritage Site, the hotels were demolished and the road removed and replaced with artificial pools. There are well-preserved Roman ruins and a museum on site. A small footpath runs up the mountain face for visitors to use, however, the travertine terraces are all off-limits, having suffered damage, erosion, and water pollution due to tourism.

It was added as a UNESCO World Heritage Site in 1988 with Hierapolis. 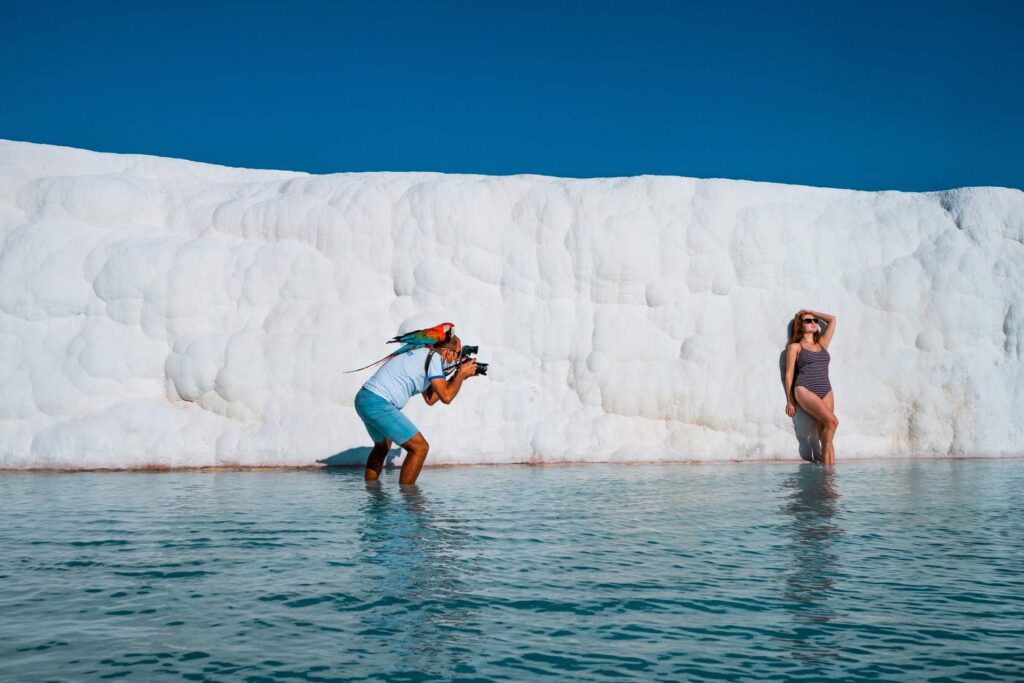 The underground volcanic activity which causes the hot springs also forced carbon dioxide into a cave, which was called the Plutonium, which here means “place of the god Pluto”. This cave was used for religious purposes by priests of Cybele, who found ways to appear immune to the suffocating gas. 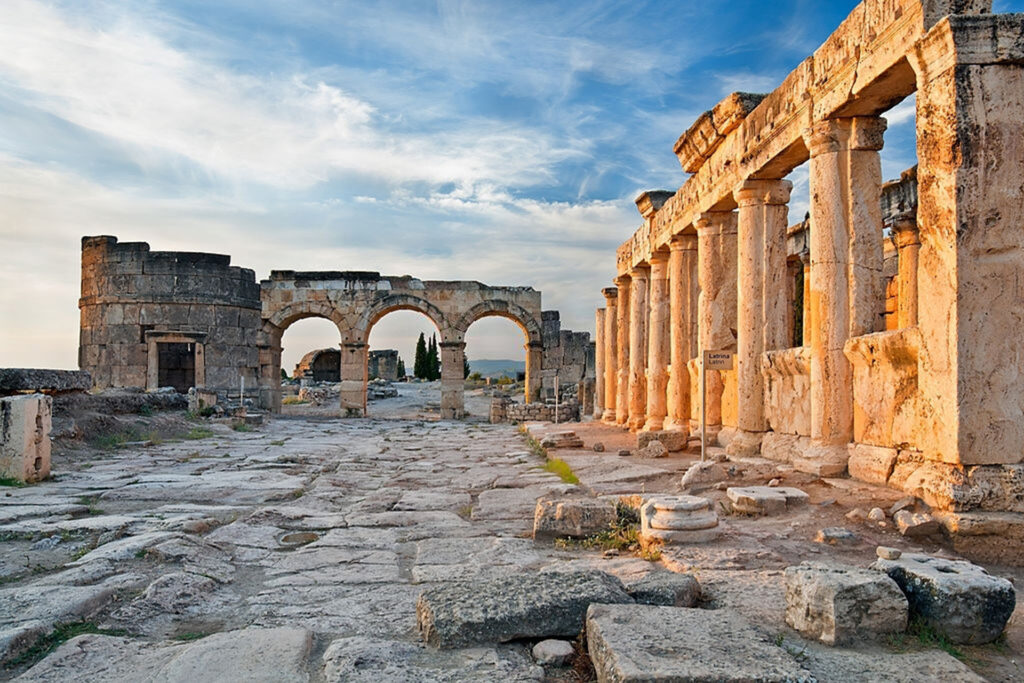 Hierapolis was founded as a thermal spa early in the 2nd century BCE and given by the Romans to Eumenes II, king of Pergamon in 190 BCE.

You may check our Turkey tours including Pamukkale and Hierapolis by clicking HERE.