Bosphorus Tour by Bus and Boat

You will be picked up from your hotel for your half-day Bosphorus Tour by Bus and Boat.

Initially built by Constantine the Great, the walls surrounded the new city on all sides, protecting it against attack from both sea and land. As the city grew, the famous double line of the Theodosian Walls was built in the 5th century.

Drive by Bus to Golden Horn

Golden Horn, an estuary formed by the flooding of valleys of two rivers confluent just northwest of Eyüp by Bosphorus in prehistorical times, had always been Istanbul’s primary harbor. In fact, it can be argued that Istanbul would never have existed in such a grand way if it weren’t for this superb harbor (and also the superb trading route through and across Bosphorus, by the way).

The air inside the Spice Market is filled with the enticing aromas of cinnamon, caraway, saffron, mint, thyme, and every other conceivable herb and spice.

Boat on the Bosphorus

An amazing cruise between the two continents, Europe and Asia, along the Bosphorus by the Dolmabahçe and Beylerbeyi Palaces, wooden villas, and mansions up to the Rumeli Fortress. 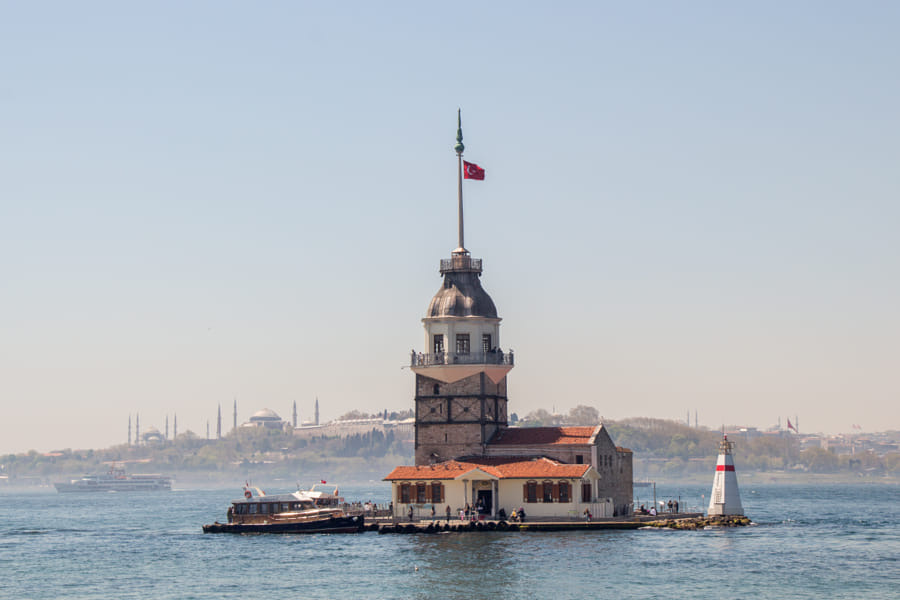 Rumeli Fortress (from the sea/outside)

Istanbul had been besieged many times before Mehmet the Conqueror took the city in 1453, but it managed to defend itself with the help of the Roman city walls.

At the end of the tour, our driver will leave you in front of your hotel.

You have 2 options for this half-day Bosphorus Tour by Bus and Boat:

Bosphorus Tour by Bus and Boat